A HOMOPHOBIC woman cancelled her near £6,000 donation to a cancer-stricken toddler when she found out the girl was being raised by lesbian mums.

Callie Shaffer, from Cincinnati, suffers from stage four neuroblastoma and her parents were told she'd need 18 months of chemotherapy and radiotherapy to treat it. 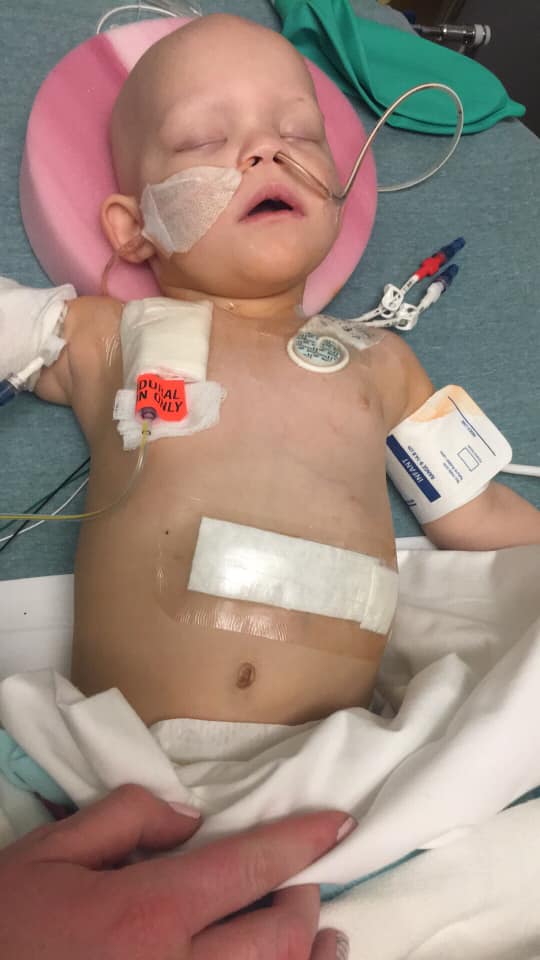 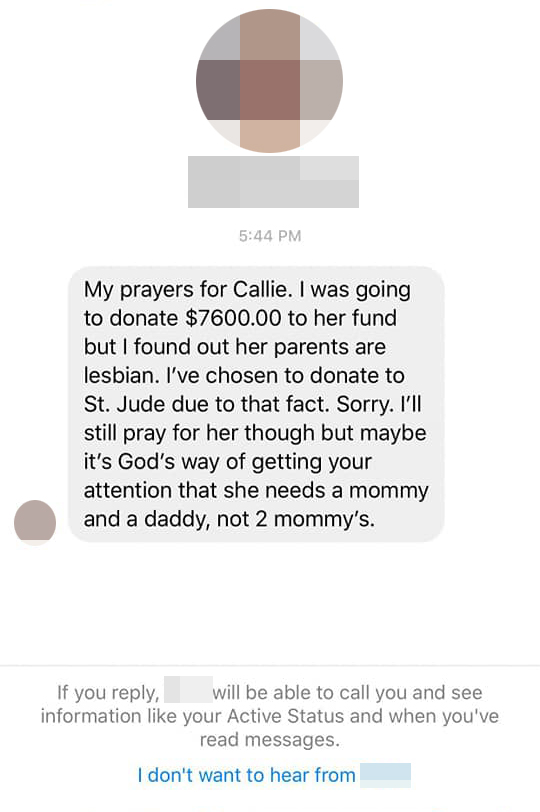 But after a family member set up a fundraising page to cover medical bills, the 18-month-old's mums Tiffany and Albree received a hateful message from a troll saying the  little girl wouldn't get their money because of the couple's sexuality.

The sender, a Facebook user called Bren Marie, even suggested that God made Callie sick because she didn't have both a mum and a dad.

"I've chosen to donate to St Jude due to that fact. Sorry.

"I'll still pray for her though but maybe it's God's way of getting your attention that she needs a mommy and a daddy, not 2 mommy's [sic]."

The couple did not respond to the sender, who has since deleted her Facebook.

They said: "We tried not to be upset, but it was hard.

Maybe it's God's way of getting your attention that she needs a mommy and a daddy, not 2 mommys

"I couldn't believe she reached out to us to tell us that directly. She could have just not donated and ignored the page."

Fortunately, the message has spurred others on to donate to Callie's fund.

One person commented: "A child hanging on to life should not have to suffer for any reason. Just because she has two Moms isn't a good reason to not help. Stay strong Callie!"

"Drowning out the hate with the some love and well wishes," another said.

Neuroblastoma is a type of cancer that develops in nerve cells that have been left behind from their development in the womb.

It is unknown what causes the cancer but it affects around 100 children in the UK every year with many of them under five.

MOST READ IN WORLD NEWS

As well as chemotherapy and radiotherapy, Callie needs a bone marrow transplant and also faces surgery to remove the tumour.

You can donate to help with Callie's medical bills on her GoFundMe page. 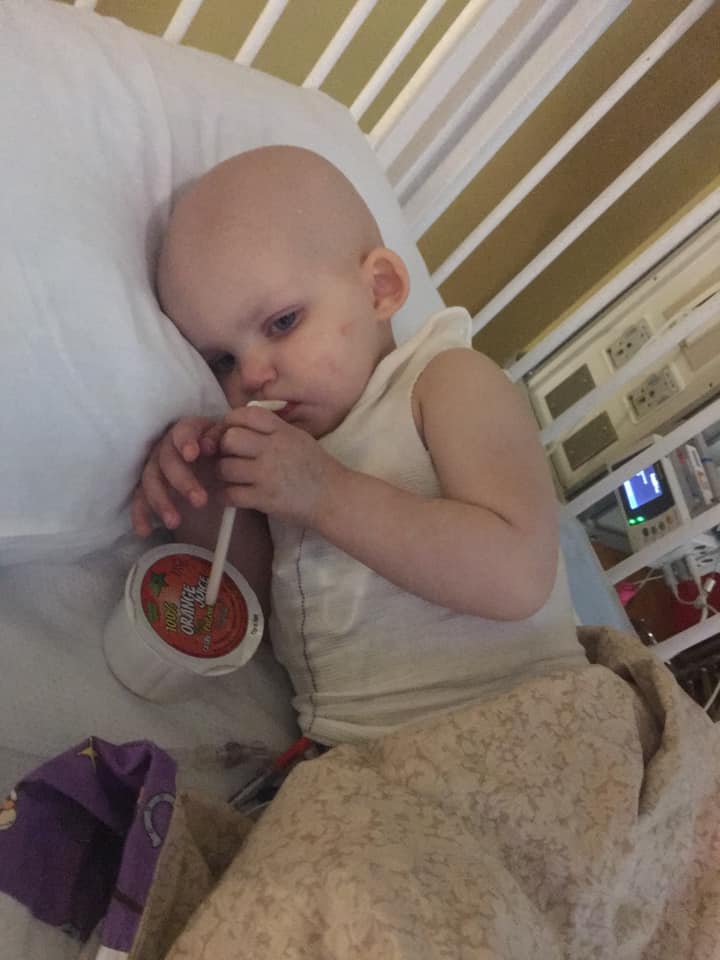 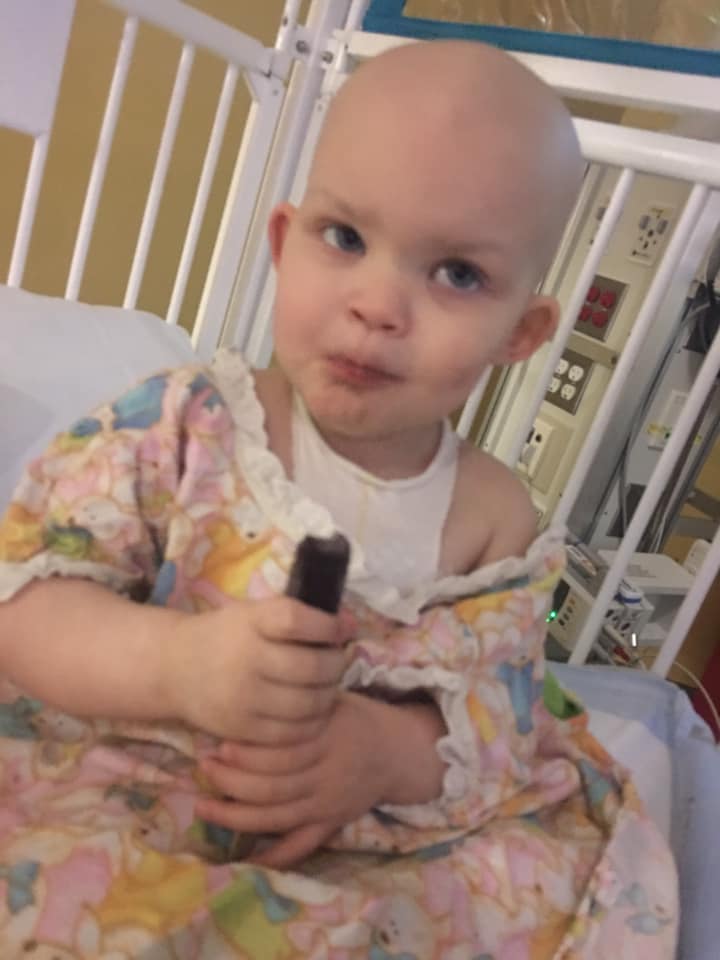 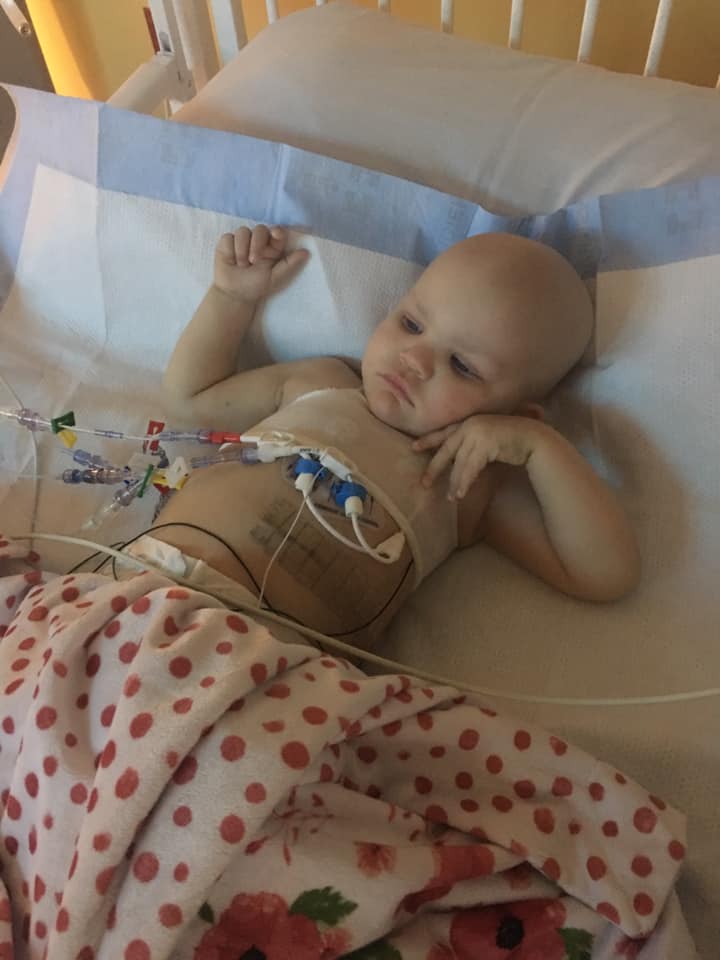