THE world's most remote temples force devout worshippers to conquer 9,000 steps to pray at a head-spinning 7,500ft-high summit. 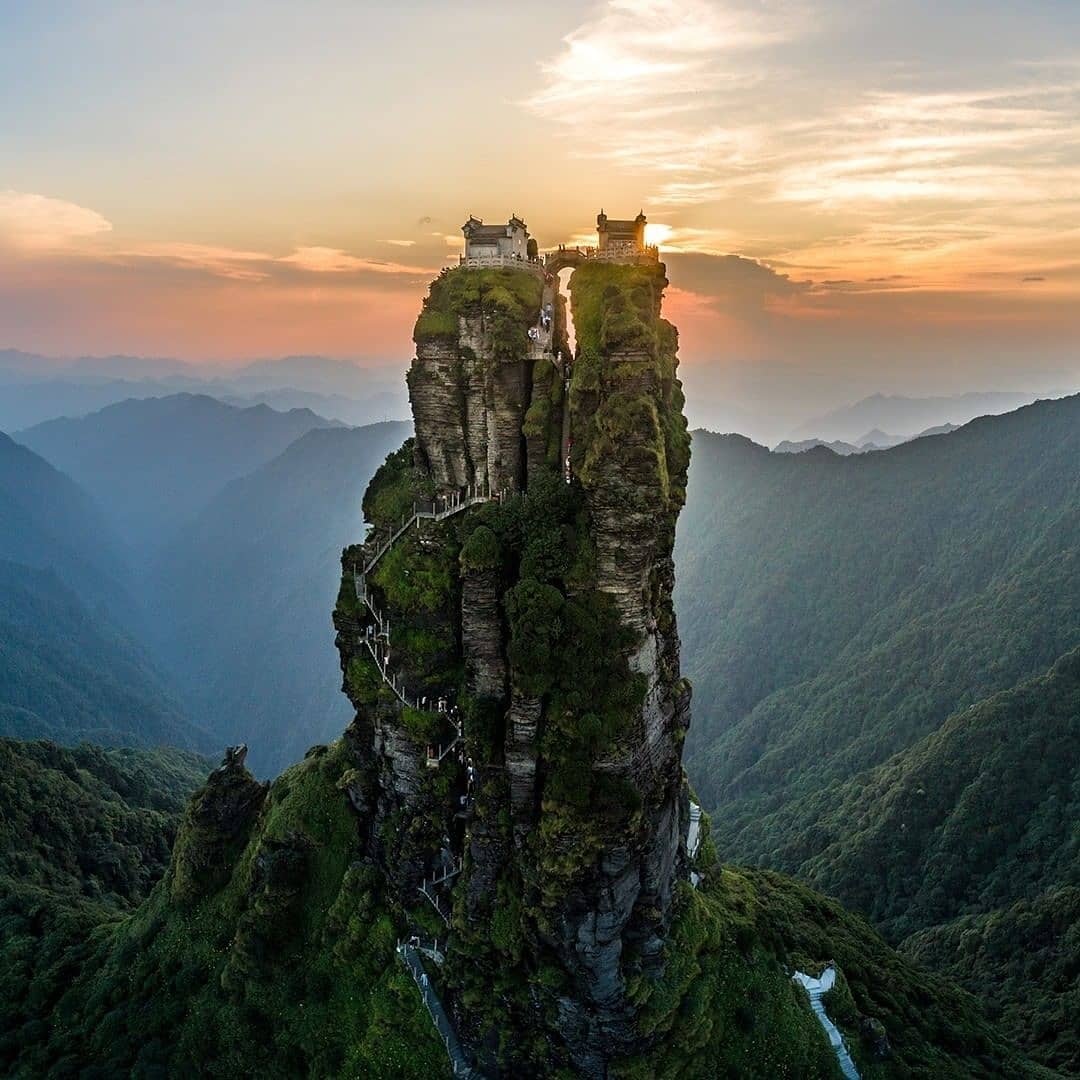 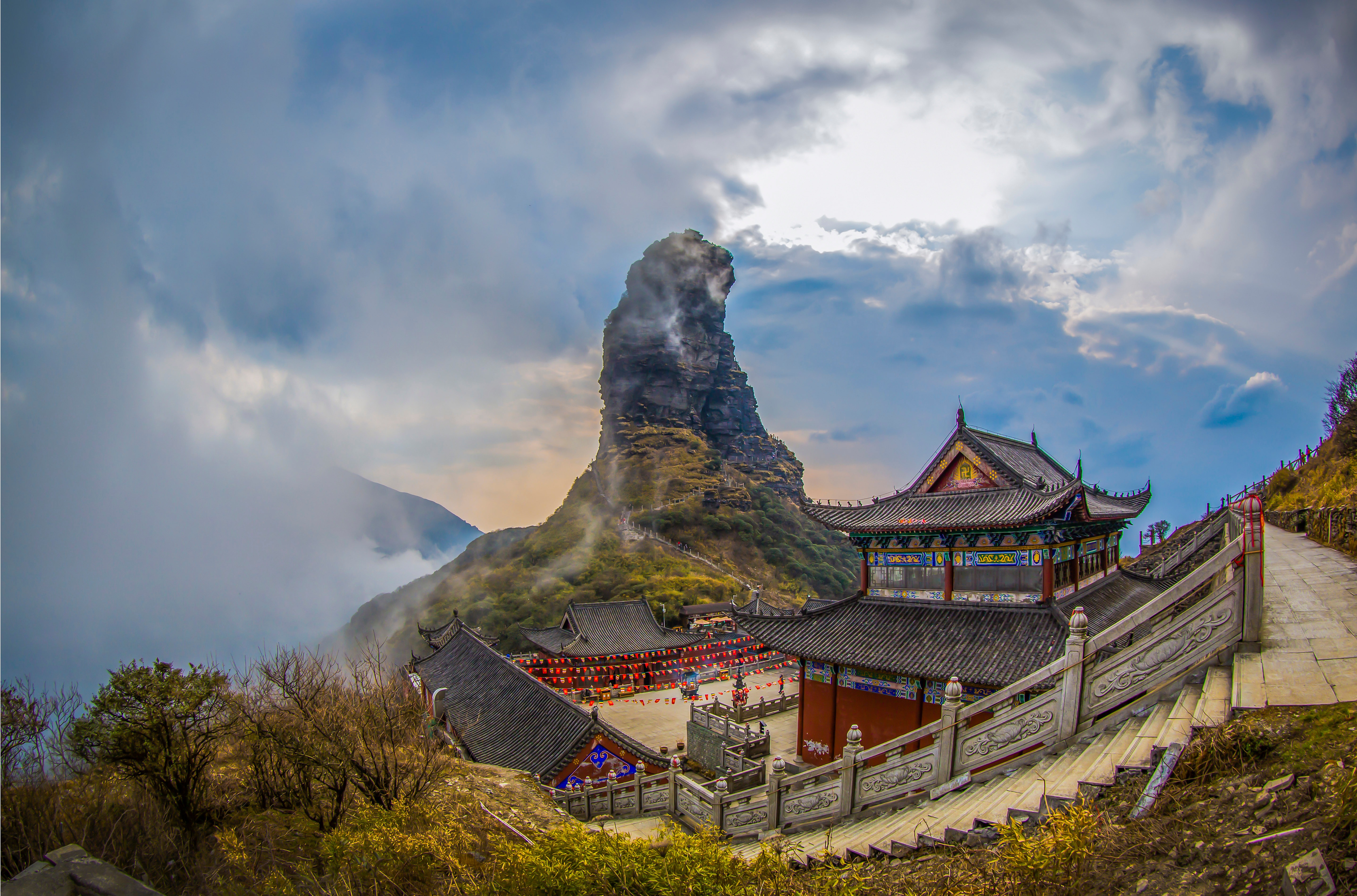 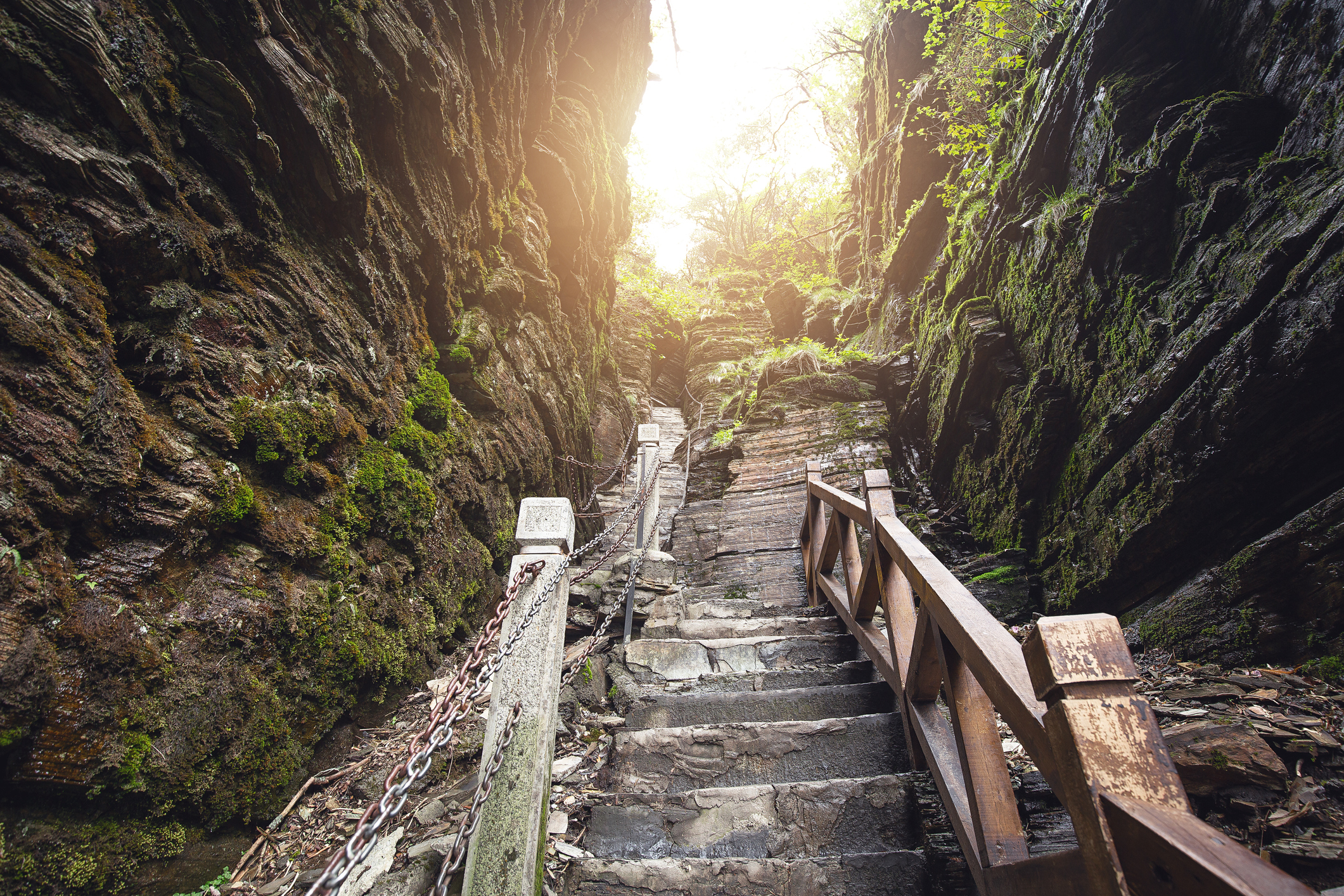 Mount Fanjing – the highest peak of China's Wuling Mountains – was made a UNESCO World Heritage Site in 2018.

The stunning mountain sits in Fanjingshan, which ranges in altitude between 50 metres and 2,570metres above sea level in Guizhou province.

Chinese Buddhists consider it a sacred mountain because it's believed to be the Maitreya Buddha's bodhimaṇḍa, or “place of enlightenment", explains My Modern Met.

According to Buddhist tradition, Maitreya will return to earth in the future to help others reach enlightenment.

Oddity Central explains that Mt Fanjing "is home to one of the most otherworldly sights on the planet: two small temples connected by an arched bridge, overlooking a stunning natural paradise". 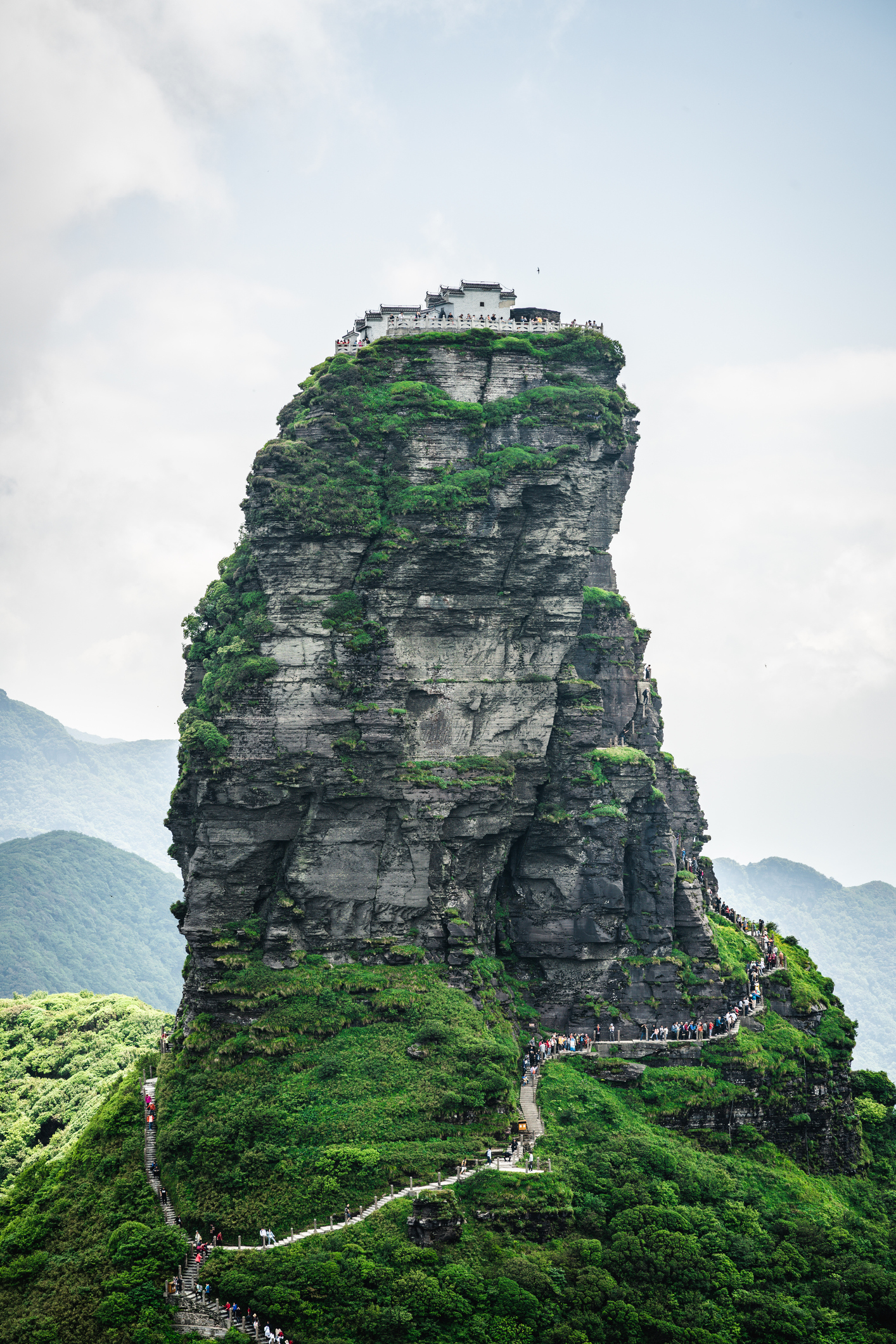 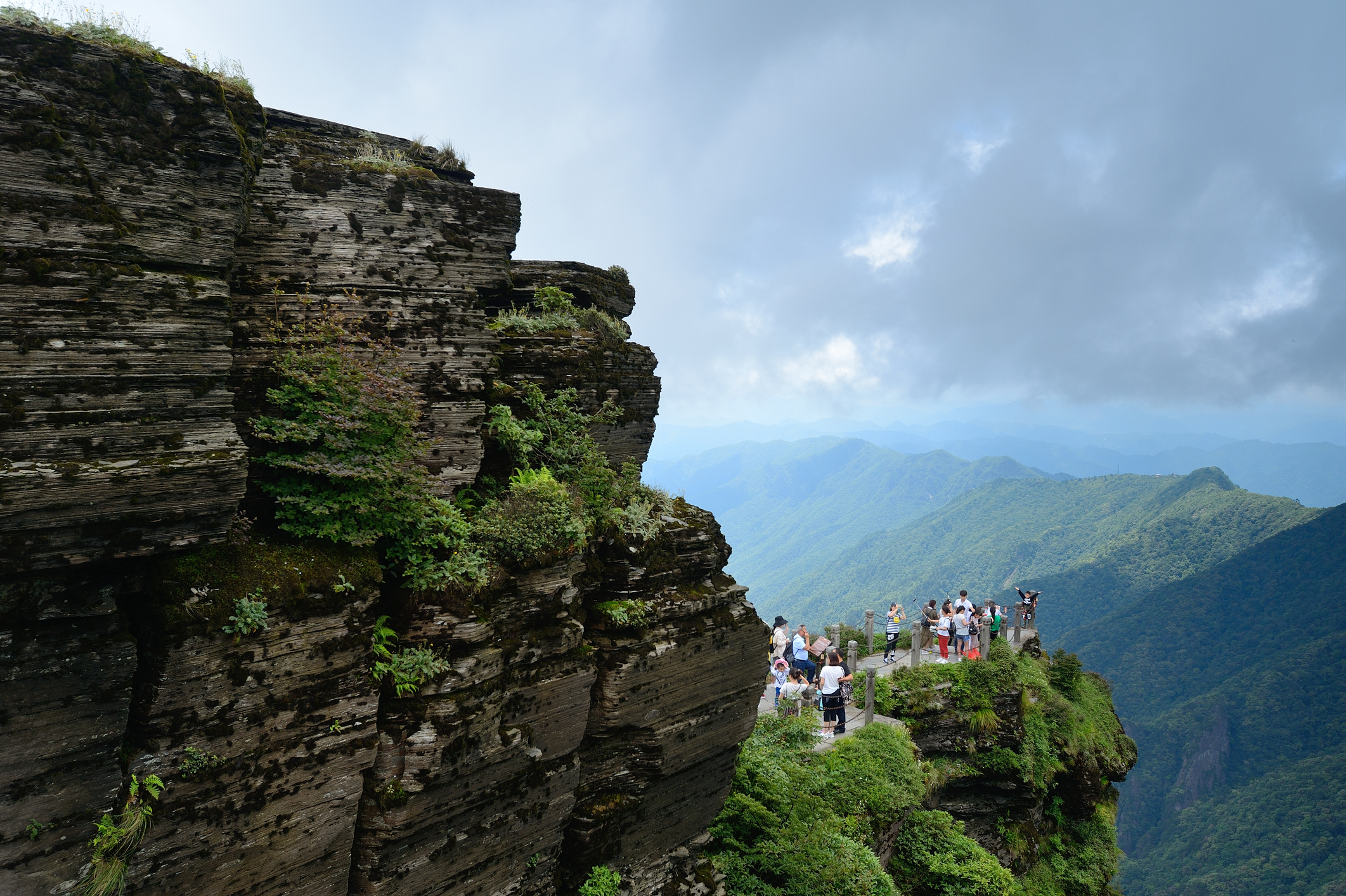 The Temple of Buddha and Maitreya Temple are separated by a deep gorge, but linked by a narrow stone bridge.

The Temple of the Buddha is dedicated to the worship of Sakiymuni, representing the present.

Its lofty neighbour, the Maitreya temple, represents the future.

These two small Buddhist structures are centuries old, with some commentators saying they go back to the Tang Dynasty, in the 7th century AD. 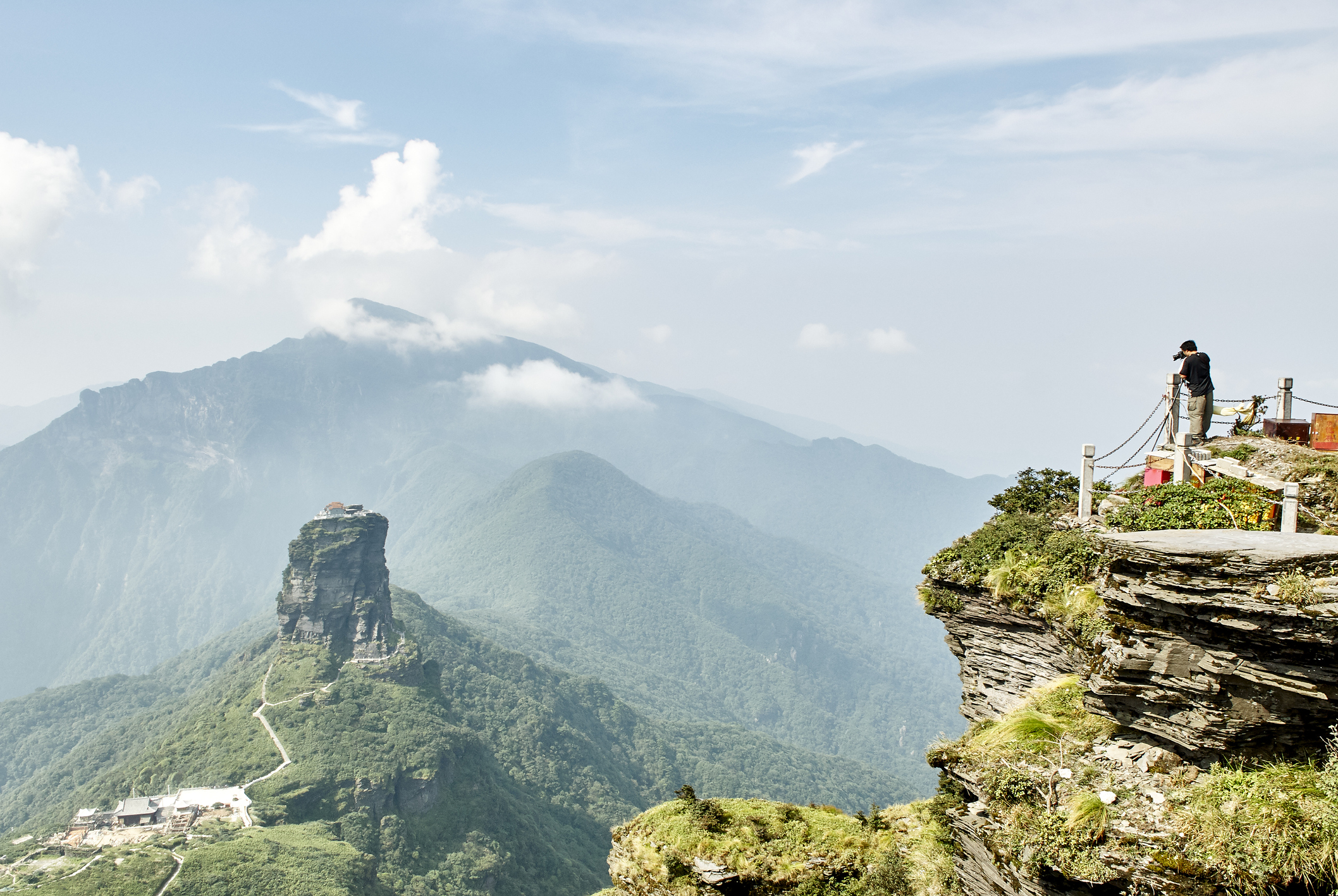 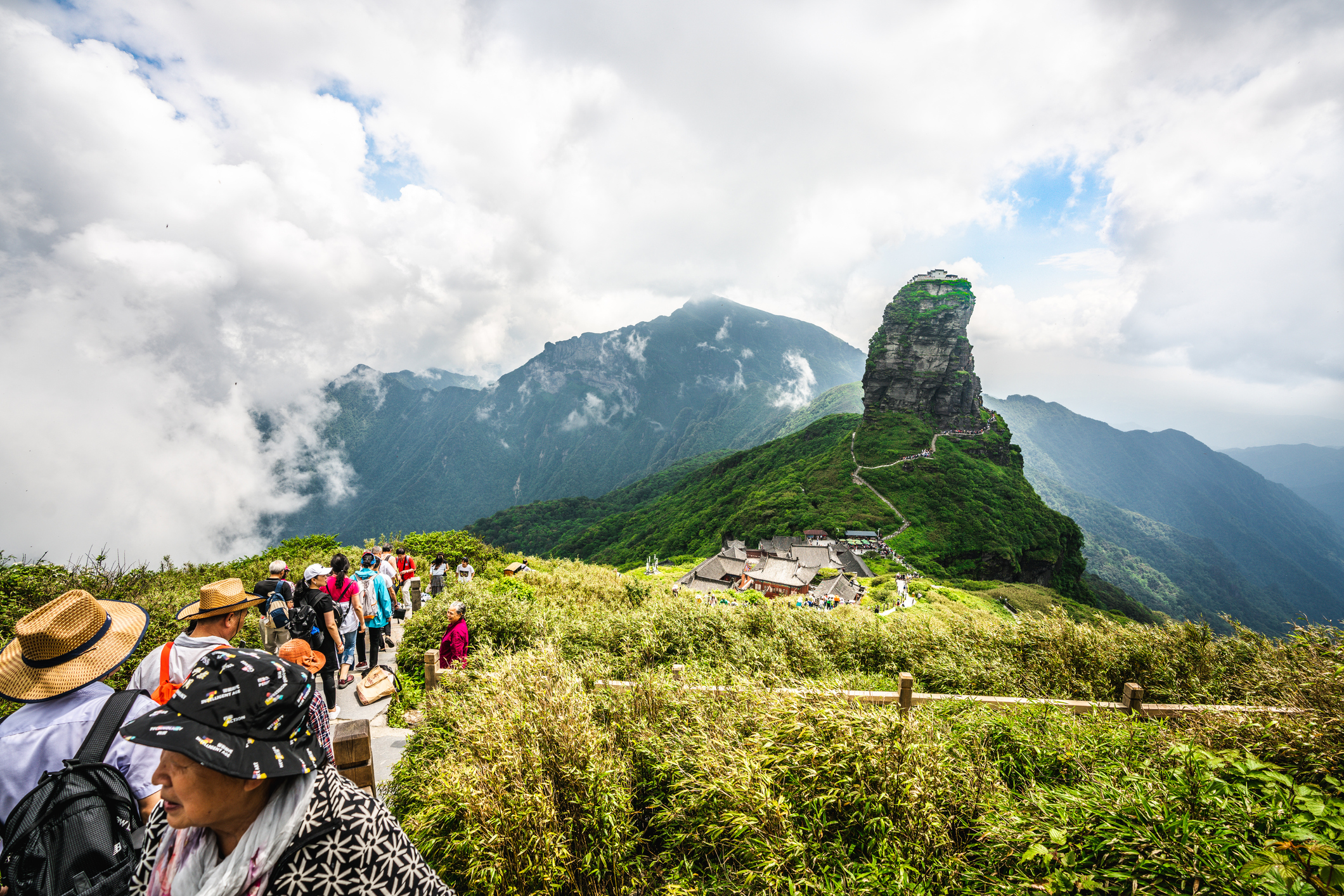 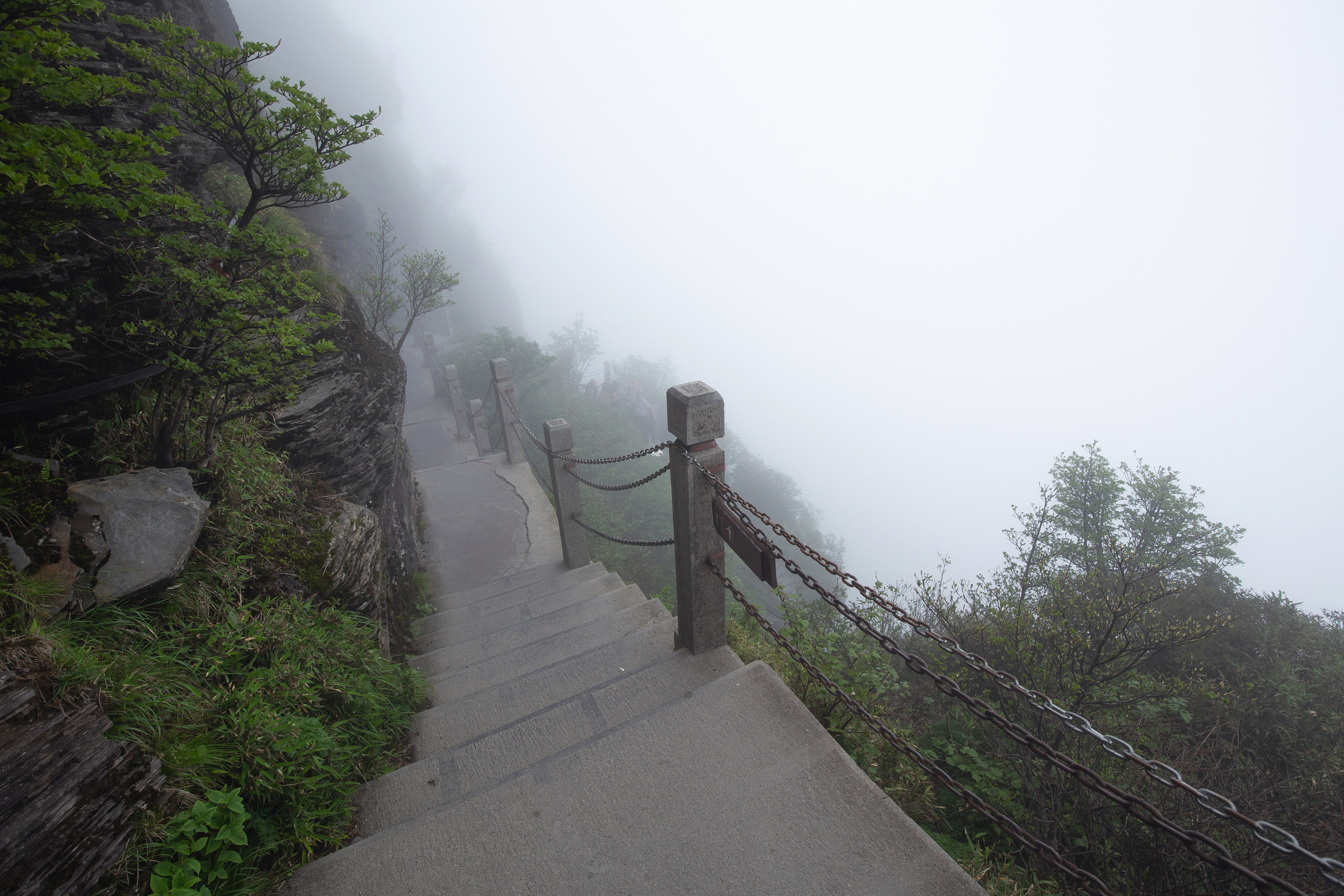 In its heyday, Fanjiang was thriving, with scores of Buddhist temples, but many were torn down in the 1500s, during the Bozhou rebellion.

The Wanli Emperor (14th Emperor of the Ming dynasty) ordered the reconstruction of the Golden Peak with the Temple of the Buddha & Maitreya Temple.

Although devotees face a knee-buckling four hour slog up 9,000 steps to the Red Clouds Golden Summit, where the temples are, there are rest stops with snacks along the steep path.

And once they've reached the top, there are stunning views of the surrounding Fanjingshan National Nature Reserve.

Fanjing is short for Fantian Jingtu or “Brahma's Pure Land" in Chinese – Brahma is one of Buddhism's four heavenly kings.

Countless Buddhists have made their pilgrimage to this "place of enlightenment” as the entire mountain is a sacred one in Buddhism.

Atlas Obscura describes the mountain itself as "a jaw-dropping pinnacle", with its dense forest of fir trees and Guizhou golden monkeys.

For those keen to visit, but lack the stamina and fitness levels needed, there is actually a cable car ride from the road below.