BRITAIN'S most senior military officer admitted he is "worried" and we must "be on guard" over the unfolding threat from Russia in Eastern Europe.

General Sir Nick Carter – the Chief of the Defence Staff – warned that the UK must be "on our guard" over Putin's intentions with Ukraine and unfolding tensions with Belarus. 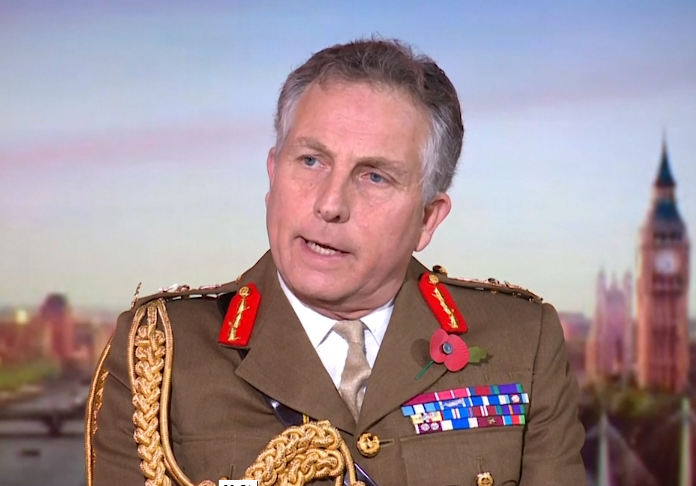 It comes as it was reported a 600-strong task force of British special forces – including SAS commandos and soldiers from the Parachute Regiment – are being prepared to deploy to Ukraine.

US officials warned last week that Russia may be plotting an imminent invasion of Ukraine.

And meanwhile Vladimir Putin's regime has been accused of stoking the unfolding migrant crisis between Belarus and Poland.

Europe's last dictatorship has been accused of "weaponising" migration against the EU – sparking a tense stand off along the Belarusian and Polish border with troops on both sides.

Britain is sending military engineers to Poland to help secure the situation.

But when BBC host Andrew Marr asked Sir Nick if he was worried it could escalate into something "really serious", the general replied "Yes".

"This is a classic case of the sort of hybrid playbook where you link disinformation to destabilisation," he said.

"The idea of pushing migrants onto the European Union's borders is a classic example of that sort of thing."

He added that Britain "stands behind Poland" in the situation – which remains tense as Belarusian dictator Alexander Lukashenko demanded Russia send him nuke-capable missiles.

And it is suspected the shadowy hand of Russia is playing a key role, further fuelling fears that Putin may finally launch an invasion of Ukraine.

Moscow has been believed to have been plotting further land grabs from the former Soviet-state turned Western ally ever since it illegally annexed Crimea in 2014.

Sir Nick said: "If you look at the two things together, trouble up north west and around Ukraine, it is a classic example of perhaps a bit of distraction going on."

And when Marr asked if the situation could turn into a hot war, he replied: "I don't know".

The general went on: "We have to be on our guard and make sure deterrence prevails, but critically we have to make sure there is unity in the Nato alliance and that we don't allow any gaps to occur in our collective position.

"If you look at Nato as a whole, it is the most powerful military alliance in the world.

"Whether it will go that far [into war] I distinctly hope not. But we need to remind everybody we are there to deter."

He added: "I think the security of the euro atlantic area is definitely worse than it was when i started as a chief 8 years ago.

"We as an alliance are much more capable than we once were – but that reflects an escalation of everybody's attitudes and that's the bit that is slightly disturbing." 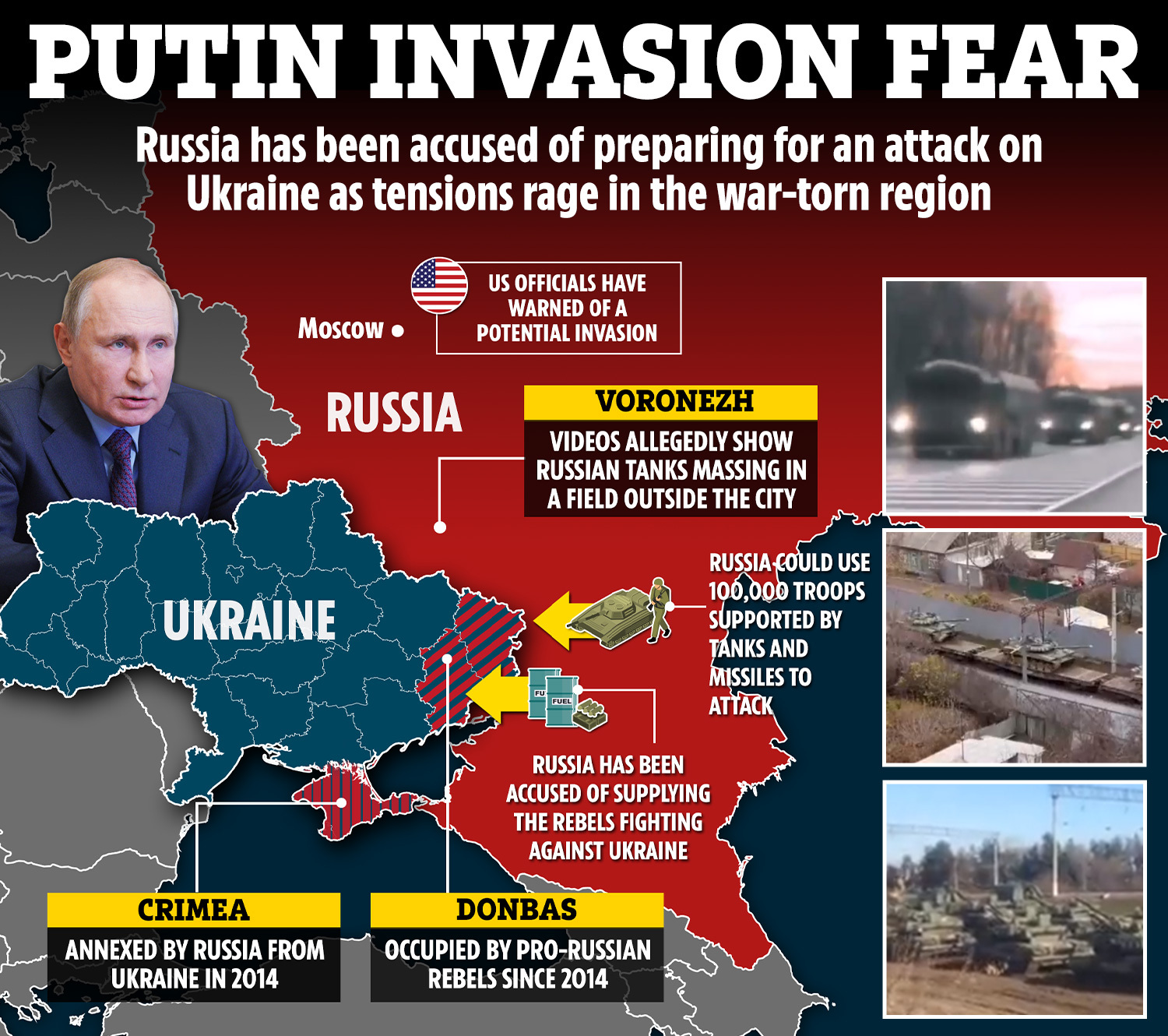 British forces are reportedly being prepared to deploy to Ukraine amid the escalating tensions as MI6 chiefs warned Downing Street that Putin is a clear and present danger, reports the Sunday Mirror.

SAS commandos, the Special Reconnaissance Regiment, medics, engineers, signallers and up to 400 paratroopers from 16 Air Assault Brigade are all being prepped to head East.

"The high readiness element of the brigade was told it may need to deploy at very short notice," a source said.

“Between 400 and 600 troops are ready. Their equipment is packed and they are ready to fly to Ukraine and either land or parachute in.

"They have trained for both eventualities.”

US officials reportedly warned their European allies that Putin may be massing troops for an invasion of Ukraine.

Whitehall officials were described as being worried and twitchy about the troubling intel emerging from the East.

Russia has always insisted it means no harm to Ukraine – but the US have warned Putin to reconsider making a "serious mistake".

And meanwhile, Belarus and Russia are formally part of a "union state" and have been in talks for years to move closer together – with Putin accused of helping Lukashenko secure his power with an allegedly stolen election in 2020.

Last night, Belarusian troops ripped up the border fence and stopped Polish soldiers from rebuilding it as they were blinded by lasers and strobe lighting.

Belarusian forces also armed migrants with tear gas to use against Polish forces once across the border under orders from president Lukashenko.

International tension is growing over the crisis, with neighbours of Belarus warning the situation could escalate into a military conflict.

Belarus said on Saturday the number of migrants arriving at a makeshift camp on the border was growing daily, and that a group of up to 100 had crossed into Polish territory.

It emerged yesterday that Belarus plied migrants with vodka to make them more aggressive.

Polish border officials said they were also given tear gas.

They released video showing Belarus forces shining lasers and strobe lights into their eyes to disorientate them.